Our clinic is OPEN and scheduling appointments for regular in-person treatment. We have introduced new policies and procedures in the clinic to make your visit safe for you and for our team. To schedule an appointment, please call (585)442-3220. We look forward to seeing you soon.

Would you like to switch to the accessible version of this site?

Don't need the accessible version of this site?

Chiropractic in the NFL 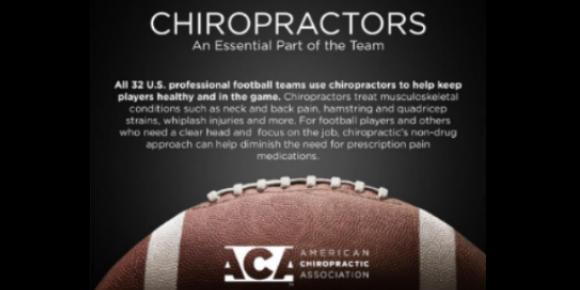 ARE YOU READY FOR SOME FOOTBALL?!

For many New Englanders and the combined fan bases in St. Louis and Los Angeles, this upcoming Sunday marks the culmination of an exhausting and physically grueling football season, which began with the pre-season in the sweltering summer month of August. After nearly six months of football, there can be only one National Football League Super Bowl champion.

On February 3, 2019, the champions of the American Football Conference, the New England Patriots, will grapple with the National Football Conference’s finalist Los Angeles Rams for the right to hoist the Lombardi Trophy as winners of Super Bowl LIII at Mercedes-Benz Stadium in Atlanta, Georgia. The winner will claim the sole spot at the top of the league and will forever be enshrined in NFL history. Despite the differences between the two teams, there is one similarity: both utilize chiropractic to ensure their players continue to perform at an elite athletic level. 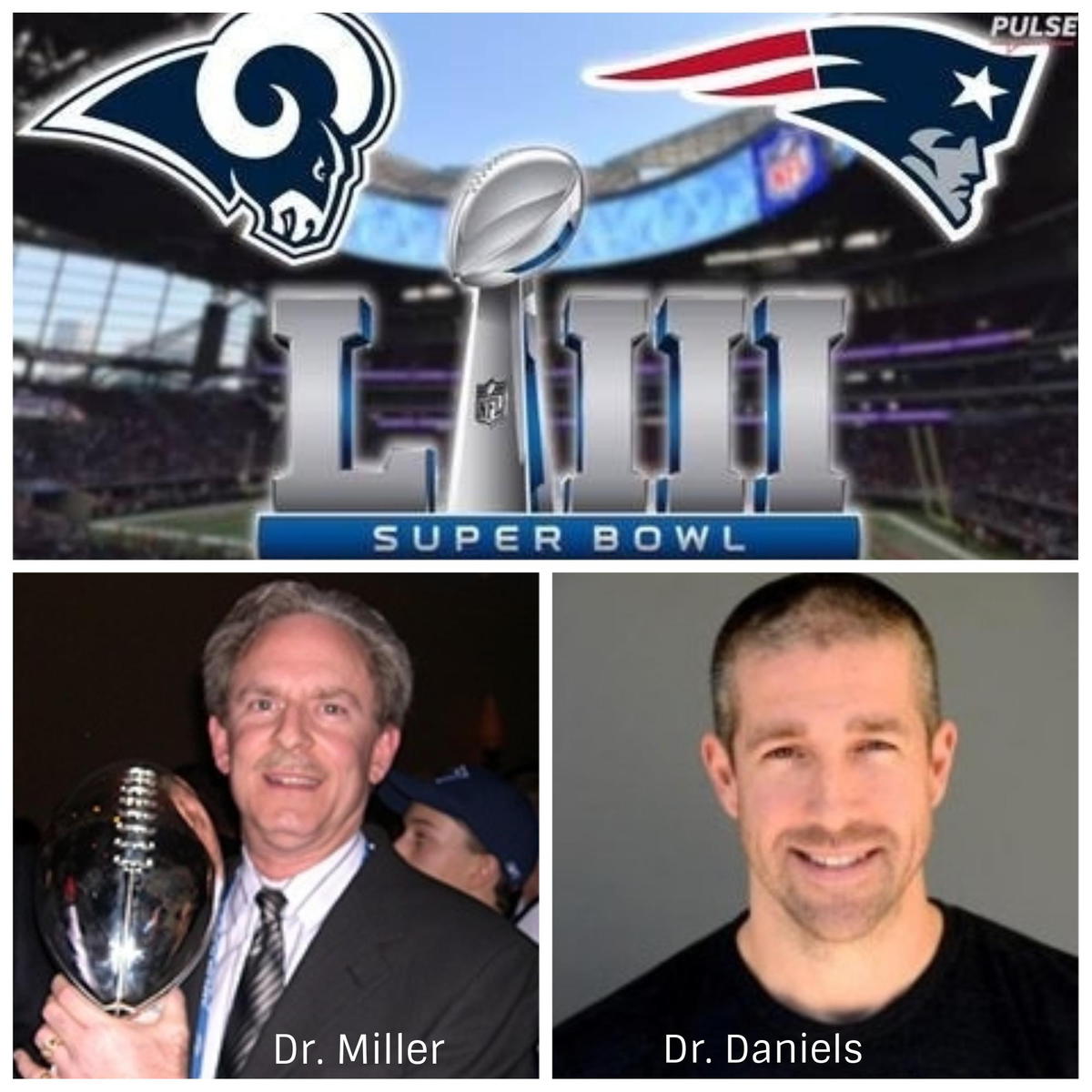 According to the Professional Football Chiropractic Society, there are 34 chiropractors who work with the 32 that currently comprise the NFL.  Their website states, “The average pro football chiropractor renders 30 to 50 treatments per week during the season. With the in-season (game-playing) duration lasting 16 weeks (not including quarterback camp, mini-camp, and pre- and post-season), 34 chiropractors conservatively give 16,320 to 27,200 adjustments to America’s superstars in just 120 days.”

New England Patriots team chiropractor Dr. Michael Miller stated that, “Chiropractic care is emphasized by the head coach, trainers and medical staff as a proactive regimen to prevent injuries, with most of the players receiving adjustments roughly 1-2 times per week.” Dr. Miller has worked with the New England Patriots for over 35 years, and Super Bowl LI will be his 11th championship game.

Quarterback Tom Brady of the New England Patriots has been quoted as saying, "Chiropractic just makes you feel so much better. When I walk out of the clinic, I feel like I'm about three inches taller and everything's in place. And as long as I see the chiropractor, I feel like I'm one step ahead of the game."

Chiropractic is not just for those in pain -frequently utilized by athletes as well. These athletes utilize chiropractic care not only because it helps them recover from the violent struggles of the game, but it also helps them continue to perform at an elite level.

Whether you’re a couch potato, a weekend warrior, or a driven and dedicated athlete, everyone can benefit from a visit to a chiropractor.

You can check us out at www.grchealth.com and at our Facebook page at this link!

(Disclaimer: I'm originally from Springfield, Massachusetts. I've grown up rooting for the Pats since I was very young, and remember the brutal loss to the Brett Favre-led Packers in 1997's Super Bowl XXXI. I'm very lucky to be a Pats fan, and Tom Brady is without a doubt the GOAT. Go Pats! Let's get that sixth ring!)

We look forward to hearing from you